After years of thinking about it, wondering about it, putting it off, searching, giving up trying again . . hunting, shifting, digging and despairing . . . I finally located my button, patch, badge and tag collection.  It was buried in a pile of STUFF in my basement that rivaled the junk heap from "Labyrinth"

The idea was to photograph the whole collection and put it on digital display. This weekend, after a pack of AA batteries and 17 hours work, the goal was met.

The collection had its beginning around 1973. Many of them were bought at conventions or toy stores, but most of the buttons in it I made myself. ( Heartfelt Nostalgic thanks to "Badge-A-Minit" of Oglesby, IL ! I bought a kit from them when I was 17 and I'm likely to start buying from them again.)

The whole shebang used to hang on black burlap on a wall no matter where I lived, but in 1993 I packed the collection away and hadn't seen it until this past Friday. By the time I was finished photographing each item, the image tally had gone over 500. I have not included all of them here, just the ones that fit the four categories shown on this page. 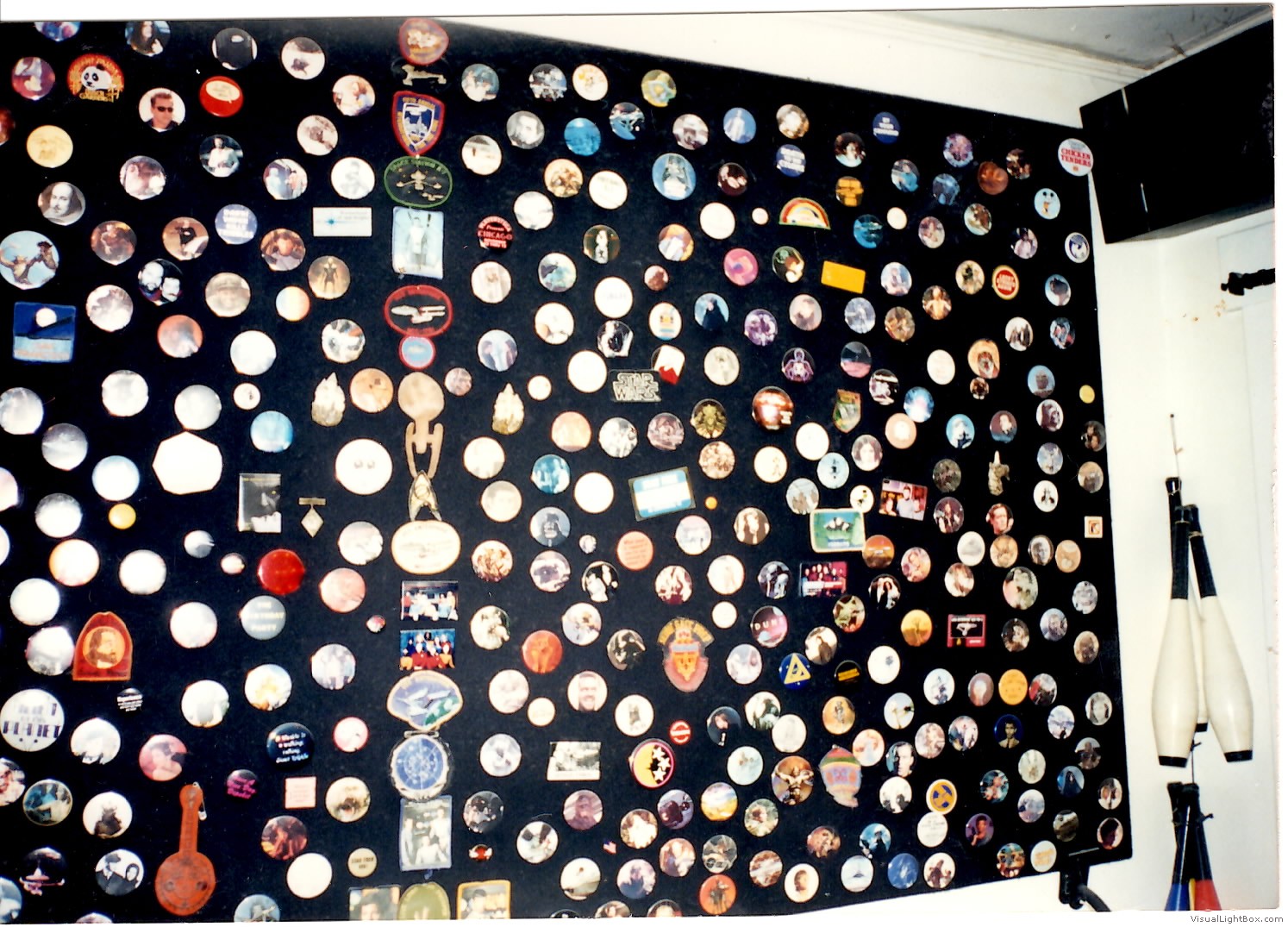 It's much more fun to have them displayed rather than packed in a dust covered box, hidden away. Thank you for taking a look. :)